Home quarantined to be marked with indelible ink!

With yet another death in Maharashtra state of India, the state Health Minister Rajesh Tope told media that the demised 63-year-old male patient in Mumbai today was undertreatment at the Kasturba Hospital on March 5 & that he had concealed some details including that he had come from Dubai. But we grew suspicious on March 13, he added.

It also needs to be mentioned that state government now plans to mark those who have undergone 100 percent home quarantine to be marked with indelible ink, so that that this person can be identified. 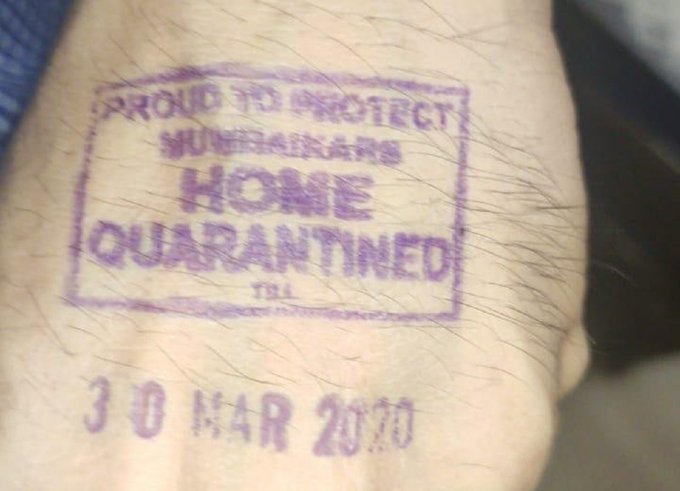 Indian Parliamentarian opts for self-isolation, after this happened

WHO Director is reassured, heres why

Woman politician explained this to husband

Not to allow pilgrims, Kerala directs amid COVID19 outbreak

Why patient not screened at airport, asks journalist

Former CM, her son quarantine themselves, this happened