The FOC aircraft is equipped with state of art advanced features such as Air to Air Refueling, Beyond Visual Range missilesamong others. 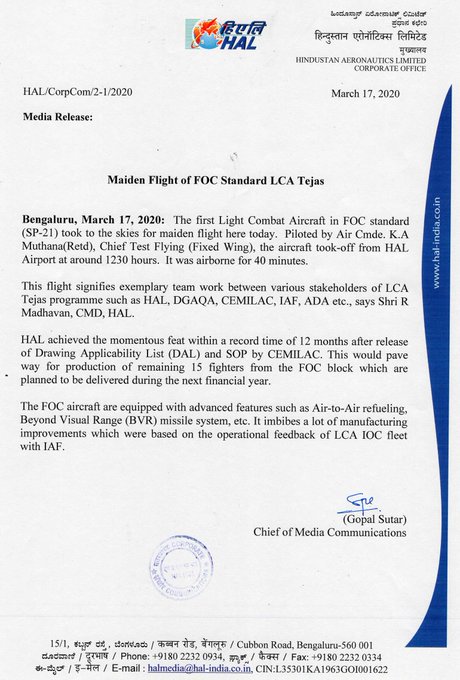 Officer shares this about all women group

Must watch visual, tigers as pets

Animals too have sense of humour, officer shares video

L-40 stage handed over to ISRO for geo synchronous launch