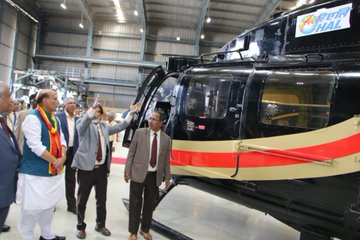 The HAL is one of those DPSUs which has been delivering good performance for several years, he remarked. It has recently acquired many operational clearances for its Light Combat Aircraft and Light Combat Helicopter platforms, he added.

No Door should Remain Closed for Women in Armed Forces

L-40 stage handed over to ISRO for geo synchronous launch